The Road to Berlin (via Koh Phangan and Brighton)

Five weeks until the Berlin Half Marathon! Training started very well in January, kicking off the year with two 10K races and a new PB, and one on one PT sessions with the brilliant Angel Dee who is training me up to her enviable warrior standards. Strong, no injury niggles. Feeling good!

And then I went to Thailand for two weeks in mid Jan, and training ground to a halt.  In 35 degree heat and with sketchy roads, mainly dirt tracks and with VERY steep gradients, running any kind of distance was going to be challenging. The north east of Koh Phangan is still fairly under developed due to the inaccessibility of the coast. The tarred road is new, and in years gone by, the only access to Thong Nai Pan was by boat.

Plus there were beaches to lie on, waterfalls to hike to and oceans to snorkel in, so my quest to find an uninterrupted 10 mile route was quickly abandoned. I made good use of the hotel treadmill to keep the legs ticking over, but even at 6am the humidity was suffocating, and anything more than 5-7km was horrid. Huge respect to runners who have to deal with this climate on a daily basis.  I was mostly a hot, sweaty, panting mess by 7am, downing litres of water and then having to lie very still in an air-conditioned room to cool down.


Returning to London was a shock to the system, in more ways than one. The weather was obviously dire, but I had mentally prepared myself for that. It's February in England so we were hardly expecting sunshine and daffodils. But the jet lag hit me with a mix of nausea, dizziness and some odd spells of memory loss (yes really). Reminder of my hangovers from the bad old days, but without a good old knees up to balance it out. Having not slept for over 30 hours it look me a good week to feel normal, and I had a race to prepare for. The nerves were beginning to set in.

So not the best start for the Brighton Half which loomed in my calendar a week after we landed. I had not given this enough thought. But I decided to treat the race as 'a long run with a medal at the end'. This became my mantra in the week leading up to the race. Just a long run. No need to panic.

And then the dystopian weather arrived, pulling roofs off of houses and bringing buildings down and I did start to panic. Pictures of the beach at Brighton actually encroaching on the main roads, burying benches and railings did not ease my anxiety. Running in this madness without enough training and still feeling pretty groggy? No thank you.

This is where the crew came in. There were a good crowd of RDC guys running the race and bolstered by all the usual excitement and support on Tuesday and via the wonder that is social media, I started to feel a little excited rather than fearful for my life. Duns, Azra, Emma, Ash, Melissa - you guys are amazing.

We made plans to meet up on the god awful 5:47am train, and arranged a huge roast dinner to celebrate post race. The weather, obviously sympathetic to our cause, cleared up beautifully, and the wind disappeared completely. I felt amazing for the first 9 miles or so (which is about the distance I had trained for realistically!) and survived a minor breakdown with only a few tears and some pretty colourful language. But I finished. Even with the walking, stomping, kicking myself for half a mile, I managed to shave two full minutes off my last PB. I had been hoping to take at least 10 mins off given I'm actually training now and running much better than I was 18 months ago, but hey as Angel says, a PB is a PB. And no injury, result. 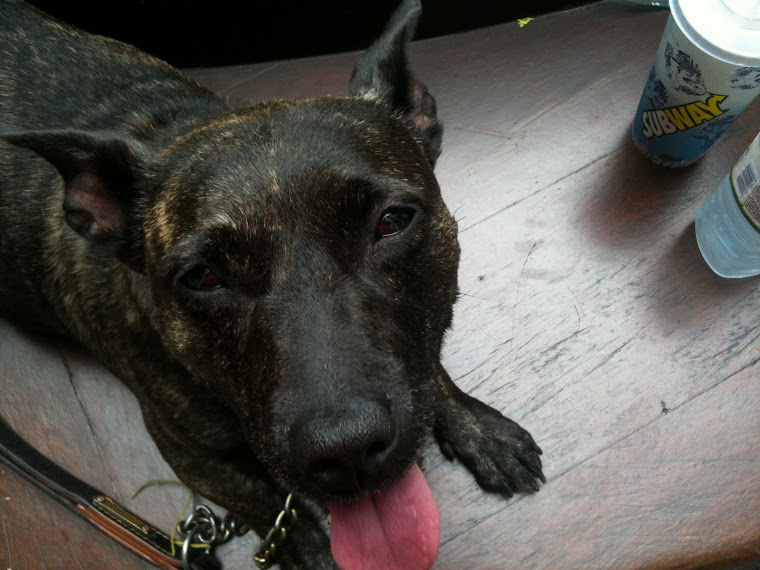